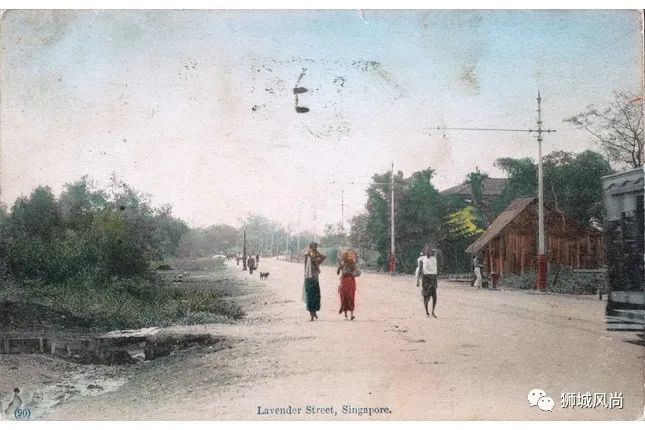 A view of Lavender Street in the late 19th to early 20th century. The name was a tongue-in-cheek reference to one of the foulest smelling streets due to the old town gas work and plant fertilisers nearby. The name became official in 1858. (Image from National Museum of Singapore)
Street names are common around us – our postal addresses, meeting points, the location of our workplaces. How did street names originate and come to be the markers they are today? Behind some of these names illuminate pockets of Singapore history and personality profiles. Old street names may represent activities, communities and personalities, and carry connotations of cultural, economic, political and social nature. 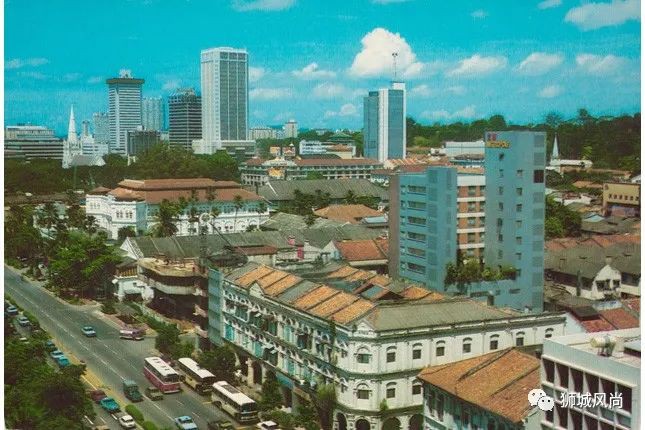 This postcard shows a view of Beach Road near the junction with Bras Basah Road. Before land reclamation works, Beach Road was originally a coastal road fronting the sea that appeared in G. D. Coleman’s 1836 map of the city. (c. Late 1970s. Image from National Museum of Singapore)

The first urban plan in Singapore was drawn up in 1822 by British surveyor, Lieutenant Philip Jackson. In his brief to the Town Planning Committee, Raffles instructed for the areas of different Asian communities to be clearly reflected in their assigned street names. This plan led to the zoning of areas such as Chinatown and Little India, designated for the respective communities. 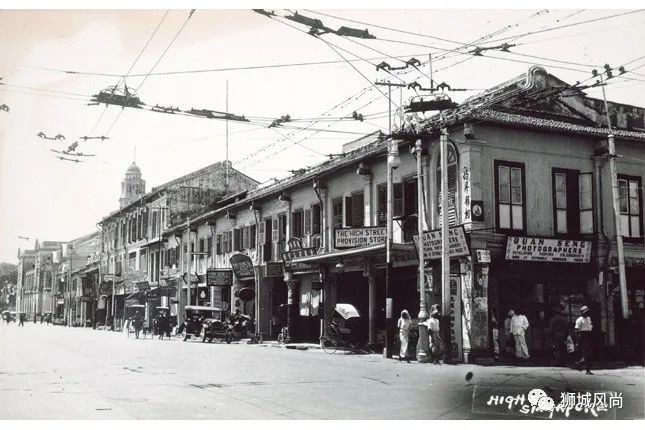 A view of High Street in the early 20th century. High Street was one of the first paved roads to be constructed in Singapore. It was named as such because it was on high ground. (Image from National Museum of Singapore)

Although the colonial system labelled municipal street names on clearly-bounded streets, the locals had a different system to signifying the landscape. The latter tended to identify general locations relative to specific activities or landmarks. This resulted in more than one name for a street, because of the references by the different ethnic and dialect groups.

From the 1880s, the Municipal Council was in charge of naming the streets. Streets were usually named after prominent figures, as a mark of respect and appreciation for their contributions to the community or society. Official street names were approved by municipal commissioners at municipal meetings where names were considered and proposed by the municipal assessor. Upon acceptance, the new or changed names would be advertised in the press and circulated amongst the various government departments. Between 1880 and 1930, more than 40 street names were dedicated to municipal officials. 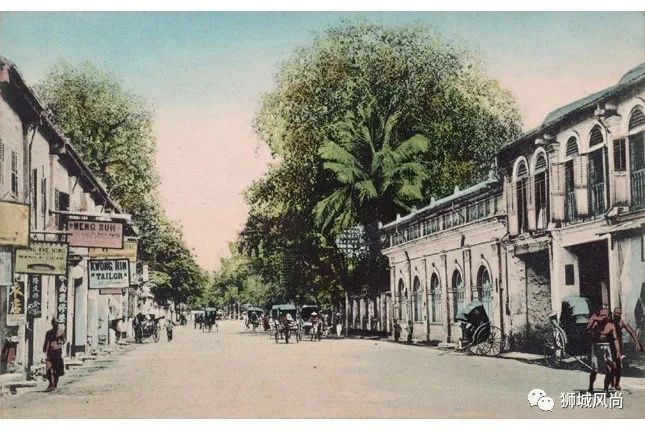 This postcard shows a view of Coleman Street from the junction of Hill Street. The street was named after G. D. Coleman, the first architect of Singapore, who designed some of the earliest architecture and finest colonial buildings. He designed the original St Andrew’s Cathedral, Caldwell House in CHIJMES compound and the Armenian Church. (c. 1910. 2001-03523. Image from National Museum of Singapore)

Street names are important markers in Singapore. They often go beyond the role of conveying location and act as identifiers that carry historical significance. Some street names reflect Singapore’s past, some embody our multicultural heritage and carry our nation’s aspirations. Even today, new streets are carved and new street names are rolled out. For instance, the street leading to the new School of the Arts was named Zubir Said Drive in 2009, as a tribute to our National Anthem composer. 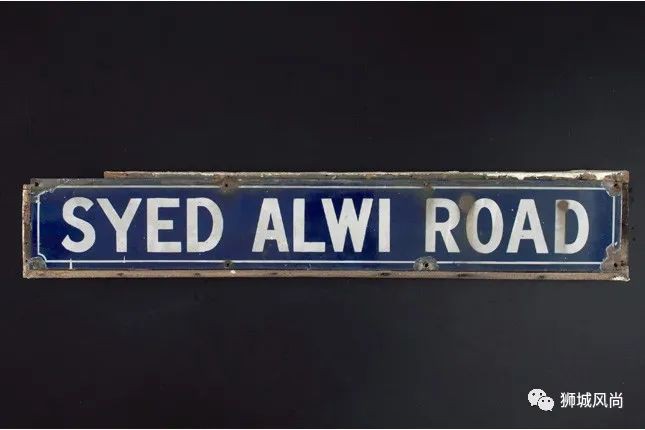 A street sign of Syed Alwi Road dating to the early-mid 20th century. Built in the 1850s and originally named Jalan Bahru, the street was later renamed Syed Alwi Road, likely after Syed Alwi bin Ali Aljunied, who served as a Justice of the Peace and contributed to the community, including the building of bridges across Arab Street, Jalan Sultan and Bencoolen Street. (Image from National Museum of Singapore) 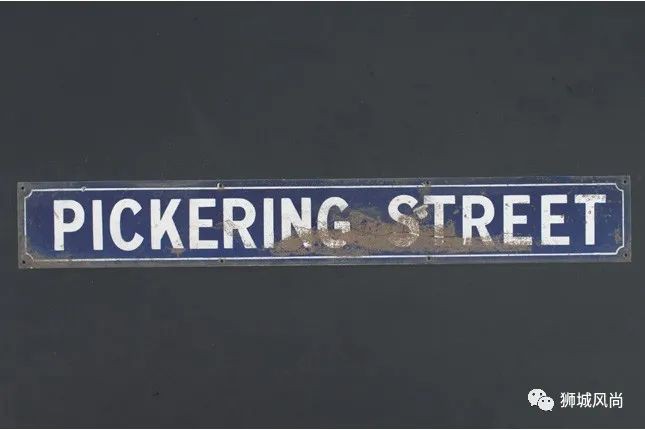 A street sign of North Bridge Road dating to the early-mid 20th century. It was renamed from Macau Street as a tribute to William Alexander Pickering, the head of the Chinese Protectorate, who contributed to containing the menace arising from the Chinese secret societies. (Image from National Museum of Singapore) 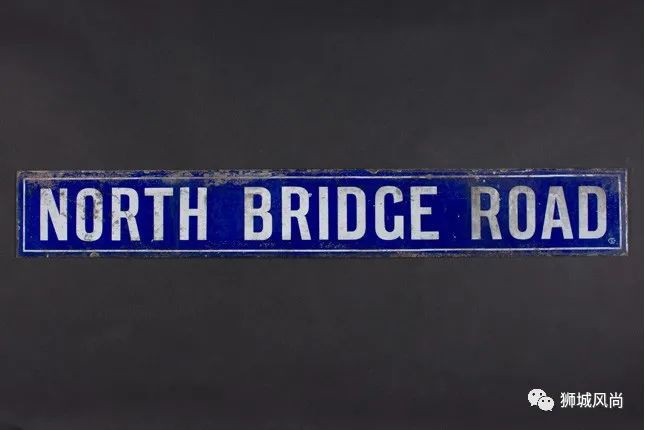 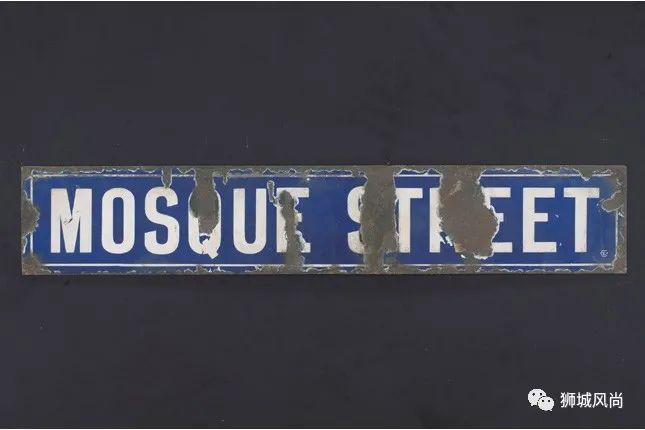 A street sign of Mosque Street dating to the early-mid 20th century. The street was named after the Jamae Mosque situated at the junction of Mosque Street and South Bridge Road in Chinatown. (Image from National Museum of Singapore)