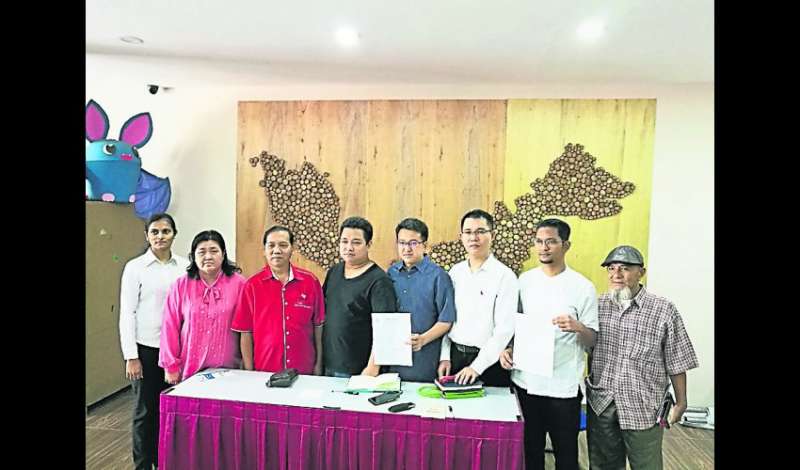 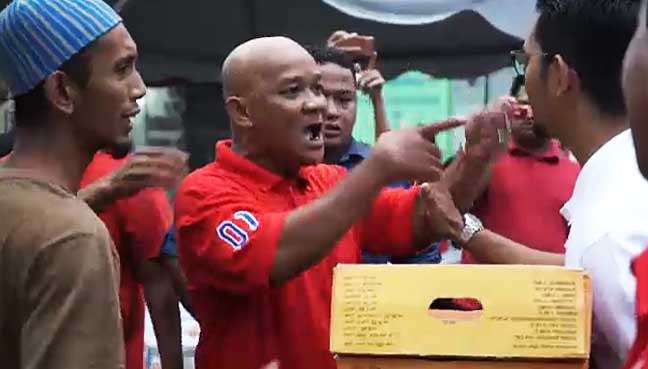 June 11, 2017PETALING JAYA: A group of young men were caught on video apparently threatening and trying to prevent Pakatan Harapan members who were distributing dates at a Ramadan bazaar in Kluang, Johor, yesterday.

The youngsters were seen shouting and making intimidating gestures while attempting to stop DAP’s Kluang MP Liew Chin Tong and the party’s state assistant publicity secretary Sheikh Umar Bagharib Ali from going into a certain part of the bazaar.

Sheikh Umar said the activity to give away dates and interact with other visitors at the open-air market went ahead smoothly later with the cooperation of the secretariat managing the stalls that sold food and confectionery.

「However, we deeply regret what happened when we got to the section where clothes were sold. We were cursed, manhandled and chased away by a group of youths,」 he said.

「We were made to understand that there are different secretariats overseeing two separate sections of the market,」 he added in a brief statement.

He claimed that one of the youngsters had tried to block them from entering a bazaar in Kluang town before in 2014.

Sheikh Omar, who also said he was shoved roughly, was seen trying to calm the situation during the incident which saw threats to break the cameras of visitors who were recording what was happening.

「The month of Ramadan should not be marred by hatred, violence and abusive and foul utterances,」 he said.

In his report, Liew claimed that two of the men in the group were known as Mustakim and Ali Itik.

He said they placed three tables to block the Pakatan members from entering the bazaar section where non-food items were being sold, leading to an altercation.

「They hurled insults at us with coarse language and in loud voices,」 he said.

「Ali Itik was aggressive and swung his arm at a Kluang community centre official named Wong Chia such that it hit my face and caused my spectacles to be flung onto the road,」 he added. 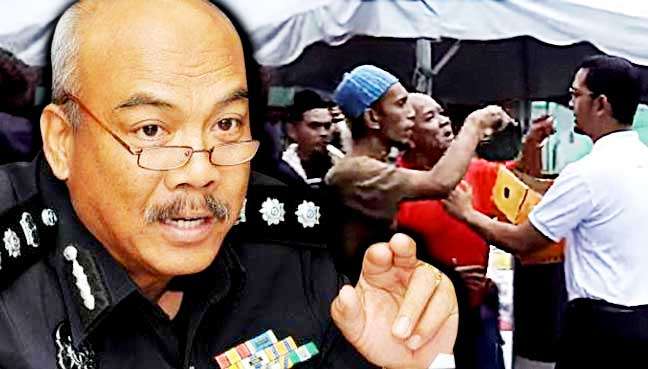 They were arrested when they gave themselves up at the Kluang police headquarters at 1.40pm, Berita Harian Online reported.

Kluang district police chief ACP Mohamad Laham said the detention was to facilitate investigations into the case where Pakatan Harapan members were stopped and chased away from distributing dates to the public at the bazaar yesterday.

One of the suspects is said to have punched one person distributing dates and another for pushing others.

「We have identified four others and they will be held soon to help in investigations,」 Mohamad told the news portal.

The investigations are being conducted under Section 324 of the Penal Code for causing hurt and Section 506 for criminal intimidation.

He is said to have faced a similar situation at the bazaar three years ago.

Several police reports were lodged over the incident.

Umno Youth chief Khairy Jamaluddin, who is youth and sports minister, criticised the actions of the group.

「Such action is not right, especially during the fasting month. We don』t have to behave like this although we have different political beliefs,」 he said through Twitter this morning.

PPBM president Muhyiddin Yassin also criticised the incident, saying it was unIslamic and Liew should not have been abused with vulgarities as he had the right to meet his constituents. 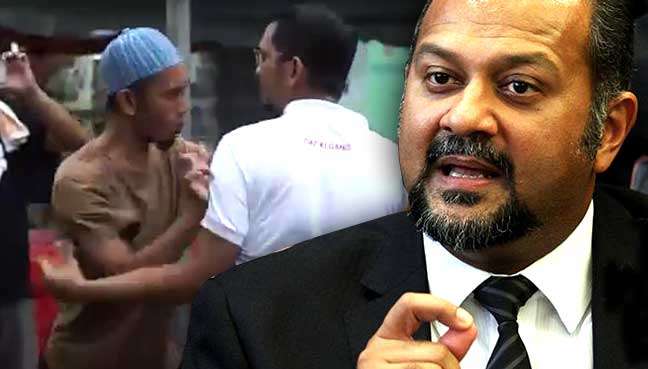 The Puchong MP said the group led by DAP’s Liew Chin Tong had a right to be at the open-air market where they were distributing dates.

「Liew is the member of parliament for Kluang. He has a right to meet his constituents and that is what he was doing. He was in a public place carrying out his duties as MP,」 Gobind said.

「It is high time the police did something to stop this kind of behaviour. It happened once and now it has happened again. What do we need to wait for before action is taken?」 he said in a statement today.

「Anyone found guilty of an offence against that section shall be punished with up to seven years imprisonment and a fine,」 he said.

「So clearly Parliament takes a serious view of incidents like these,」 he added.

He also called on all elected representatives, whether from the ruling Barisan Nasional (BN) or PH, or any other party, to make it clear that they oppose such conduct.

「We must press for action to be taken. We must unite and call upon the authorities to act,」 he said.

In the incident yesterday, a group of young men were caught on video apparently threatening and trying to prevent Pakatan Harapan members from distributing dates to the people at a Ramadan bazaar. 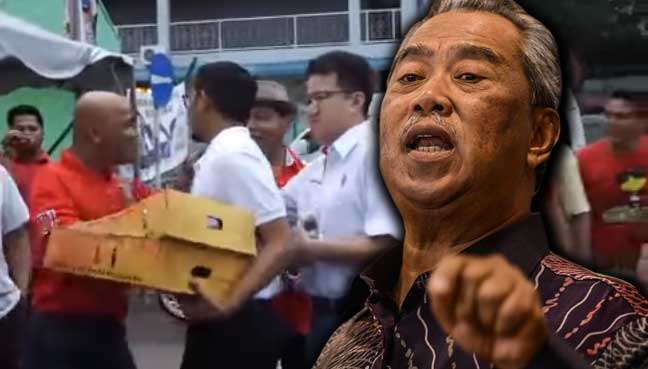 Meanwhile, PPBM president Muhyiddin Yassin said he was disappointed and saddened at the incident.

The former deputy prime minister said although Liew was not a Muslim, he should not have been prevented from entering that section of the market and have coarse insults hurled at him.

「Furthermore he is an MP which makes it his responsibility to get close to the community in his constituency no matter what their race or religion,」 Muhyiddin said in a statement today.

「In a country with different races and religions, it is important for us to cultivate a spirit of unity and mutual respect among people despite differences of race, religion and political affiliation,」 he added

「Respect for human beings is the main demand of Islam, and Muslims are obligated to uphold the true teachings of Islam.」